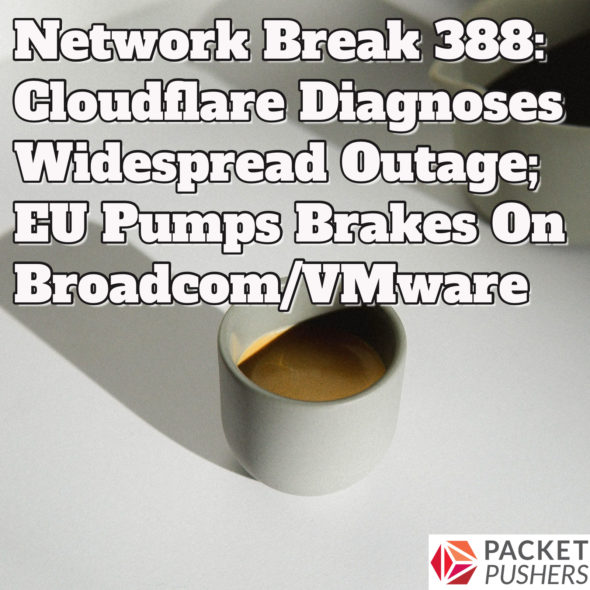 Take a Network Break! This week in IT news includes new capabilities in Cloudflare’s SASE offering, a Cloudflare outage, and the acquisition of Tempered Networks.

The Linux Foundation launches a new project to create an open ecosystem around DPUs/IPUs/SmartNICs, we look into market issues that may be influencing silicon shortages, EU regulators may put a long hold on Broadcom’s proposed VMware acquisition, and an Enigma machine stolen from the Ukraine gets tracked down by open-source intelligence.

Last but not least, from the “Silly Marketing Tricks” file, Mastercard drops an album on Spotify in which every track incorporates Mastercard’s “brand sound.”

Start or grow your IT career with online IT training from ITProTV. Learn IT, pass your certs, and get a great job! Visit itpro.tv/NETWORKBREAK for 30% off all plans. Use promo code NETWORKBREAK at checkout.

Join the Packet Pushers and Gluware for a Livestream virtual event on June 28th. Gluware and customers will discuss how Gluware enables real-world network automation, and Gluware will discuss new capabilities. Sign up at packetpushers.net/live.

Stick around after the news for a sponsored Tech Bytes conversation with Nokia to discuss how its SR-Linux network OS supports streaming telemetry to give you an accurate and granular data on the state and health of your network devices. 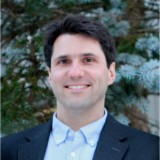 Drew Conry-Murray has been writing about information technology for more than 15 years, with an emphasis on networking, security, and cloud. He's co-host of The Network Break podcast and a Tech Field Day delegate. He loves real tea and virtual donuts, and is delighted that his job lets him talk with so many smart, passionate people. He writes novels in his spare time. Follow him on Twitter @Drew_CM or reach out at [email protected]